How Bracken Darrell rebooted Logitech into an electronics powerhouse by embracing an agile, design-focused, entrepreneurial culture which drove their valuation from $1B to over $11B
By
Dean DeBiase 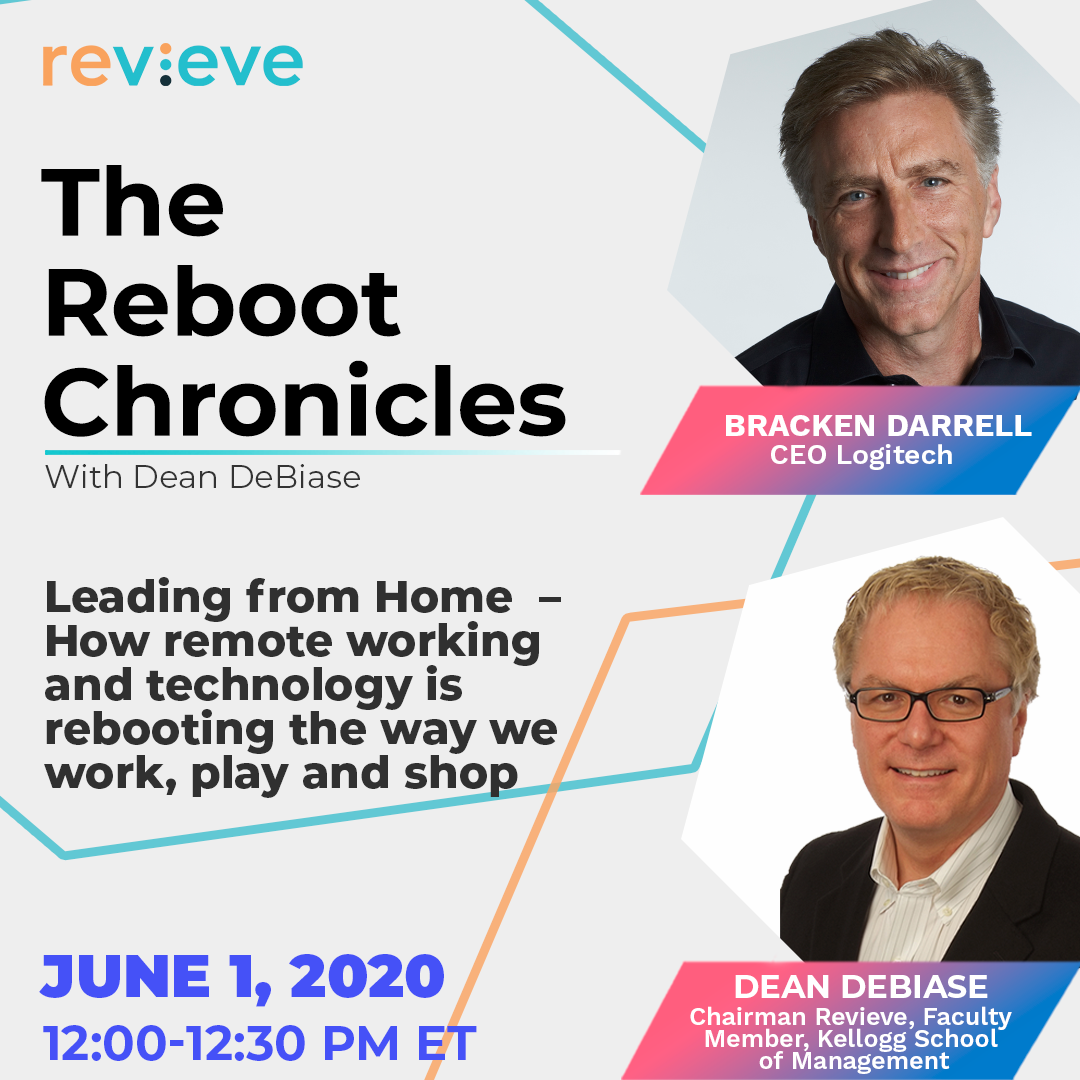 The Good, Bad and Ugly History

Founded in Switzerland in 1981 by two European born Stanford alumni and an italian engineer, Logitech quickly became ubiquitous in the computer peripherals market. Like many other tech giants prior to the 2000s, Logitech experienced a boom and a subsequent bust in the dotcom bubble. Nonetheless, the company recovered and maintained a comfortable place in the computer peripherals market in the mid and late 2000s and became widely known as the “mice” company.

“It’s been in a way the most important period in our company’s history from the standpoint of really connecting people to other people, says ” Darrell.

However, in the early 2010s Logitech once again found itself on the backfoot and it’s valuation had dropped to one of it’s lowest points at approximately $1 billion dollars. The company was looking for ways to bounce back and in 2013 the board appointed ex-Whirpooler Bracken Darrell, as Logitech’s CEO. During Bracken’s tenure the company has produced double-digit growth and grown its market capitalization from $1 billion to over $11 billion.

I sat down with Bracken, who lives in my old Silicon Valley neighborhood, and spoke with him about how the company is powering through the 2020 pandemic and how they have rebounded and rebooted so remarkably over the last few years.

The COVID era has rebooted the way we work, the way we play, and the way we shop—and that has impacted the company big time across many categories from teaching to healthcare. “It’s been in a way the most important period in our company’s history from the standpoint of really connecting people to other people, says ” Darrell.

“Sick patients in quarantine have been able to engage with loved ones through the power of technology. Logitech has made it possible for patients to stay connected while sick communicating with their doctor and family through video conferencing on wheels,” he says.

But the company’s success also has to do with Bracken’s approach in restructuring through the lens of his forward-thinking benevolent leadership style. He has embaced a design focused approach inspired by what I call the “BBB” model—Build, Buy, Borrow (partnering) framework to expand Logitech’s product portfolio and capitalize on emerging trends.

Over the last seven years, Logitech has expanded into 30 product categories across 5 brands and has developed a suite of new products that have topped design awards lists such as the Logitech Spotlight presentation remote, the Logitech Crayon stylus and the Logitech K600 TV Keyboard. This achievement has been a result of Bracken’s design focus and creating small, agile teams that allow for greater ownership and accountability. As Bracken puts it – he considers himself a “chief rock breaker,” and his role is to continuously evaluate and break teams into more agile and focused parts. In essence, this has created an internal start-up based culture that has allowed for faster and more unique product innovation.

This unique culture is even more evident in Bracken’s organizational concept of Trees, Plants, and Seeds, similar to my Dancing with Startups Program.

As he puts it, “Trees” represent the big old core businesses that are healthy but have slowed down and are not expected to grow quickly anymore. “Plants” on the other hand are the fast growing new businesses the company can focus it’s resources and “pour fertilizer” into. Lastly, and most important for innovation are the “Seeds.” The “Seeds” are exactly what they sound like – they are the budding new internal start-ups.

As part of the “Seeds” concept, he has embraced a culture of entrepreneurship within the company by both fostering internal “intrapreneurs” and embedding outside entrepreneurs. Even though, a lot of “Seeds” never turn into actual products – this approach has been pivotal for Logitech. As Bracken puts it, “It’s made a big difference for us. We have about five to fifteen “Seeds” in development at any time. A lot of them never make it out of the gate and if they don’t, then great, we give everybody a bonus and move on to something else. However, many of them develop into something greater. Our first “Seed” was our video conferencing business, which today is a $400 million business that has grown 60% in the last quarter. It’s on fire.”

Another key factor of Logitech’s rise has been it’s focus on acquisitions to support core businesses or position to capitalize on emerging trends. Since 2016, Logitech has spent nearly $350 million acquiring new companies. The first such acquisition was Jaybird in 2016, a leader of wireless audio wearables for sports and active lifestyles. The following year, Logitech acquired Astro Gaming, a leader in professional gaming equipment and headsets. Another year after that, Logitech acquired Blue Microphones, the leader in studio-quality microphones. Most recently in 2019, Logitech acquired Streamlabs which is a leader in tools and software for live streaming. The focus of all acquisitions has been clear in that they serve to strengthen Logitech’s position in the rise of eSports gaming, content creation and streaming, remote work, and wearables.

The last key component of Logitech’s rise can be attribute to it’s partnerships with other companies or organizations. For example, Logitech works with strategic partners such as Microsoft, Zoom, and Google as part of it’s video conferencing Logitech Collaboration Program. Furthermore, Logitech is an eSports sponsor of more than 35 teams across 9 different games. More importantly, some of the company’s products are designed directly in collaboration with partners. One such example is the award winning Logitech Crayon stylus for Apple iPads. In addition to the Crayon, Logitech has a suite of other Apple accessories all of which can be purchased directly through the Apple store. As Bracken puts it: “We’re like the mouse analogy. We run around the feet of all the elephants and nobody minds us. We’re harmless and capable partners. We provide all kind of services and support to all those big platform players. We love them.”

Bracken has some key takeaways that leaders can do. Don't be afraid to break some rocks up and flatten your organization with more direct reports (he has 24), embrace Build, Buy, Borrow and Dancing with Startups, focus on Seeds/Plants and evaluate the secular trends relevant to your business model like

Bracken’s strategy is paying off. Logitech just announced their Q1 2021 results with sales up 23% to an impressive $792 million. "We benefited from strong secular trends that got even stronger during the crisis -- video everywhere, gaming, the ability for creators to take advantage of streaming,“

About The Reboot Chronicles Podcast: Hosted by Dean DeBiase, The Reboot Chronicles is a popular no-holds-barred podcast on iHeart Radio, iTunes, Spotify, Google Podcasts and YouTube that has been bringing together CEOs, entrepreneurs, authors, and global leaders, for over a decade, to discuss how organizations are rebooting their leadership-competitiveness of everything from growth, innovation, and technology to talent, culture, and governance. Tune in wherever you listen to podcasts or at https://www.revieve.com/rebootchronicles

Named a “Growth Guru” by Inc. Magazine, Dean DeBiase is a Faculty Member at Kellogg School of Management and Silicon Valley serial CEO, where he has served in chief executive and chairman roles of more than a dozen emerging growth companies, CEO of Fortune 500 subsidiaries, and a director on public, private, family-enterprise, CVC, PE and VC boards. He is a Technology Fellow at Northwestern University, a Board Leadership Fellow at The National Association of Corporate Directors, and an Advisor to the National Science Foundation. A Forbes Contributor and co-author of the best-selling book The Big Moo, Dean is working on his next book, Dancing with Startups. Connect with Dean here: www.linkedin.com/in/FollowDean

How Beauty Industry Seizes COVID-19:
The Evolution Of Digitalization

Subscribe for updates
Thank you! Your submission has been received!
Oops! Something went wrong while submitting the form.
Dean DeBiase
Host of The Reboot Chronicles, Faculty Member at Kellogg School of Management, Best-Selling Author, Fortune Contributor and Chairman of Revieve
More:
No items found.
Trending
The Future of Health - Powered by Food
Is Aesthetic Intelligence the New AI?
Personalization and Data Privacy Balance in Beauty Industry